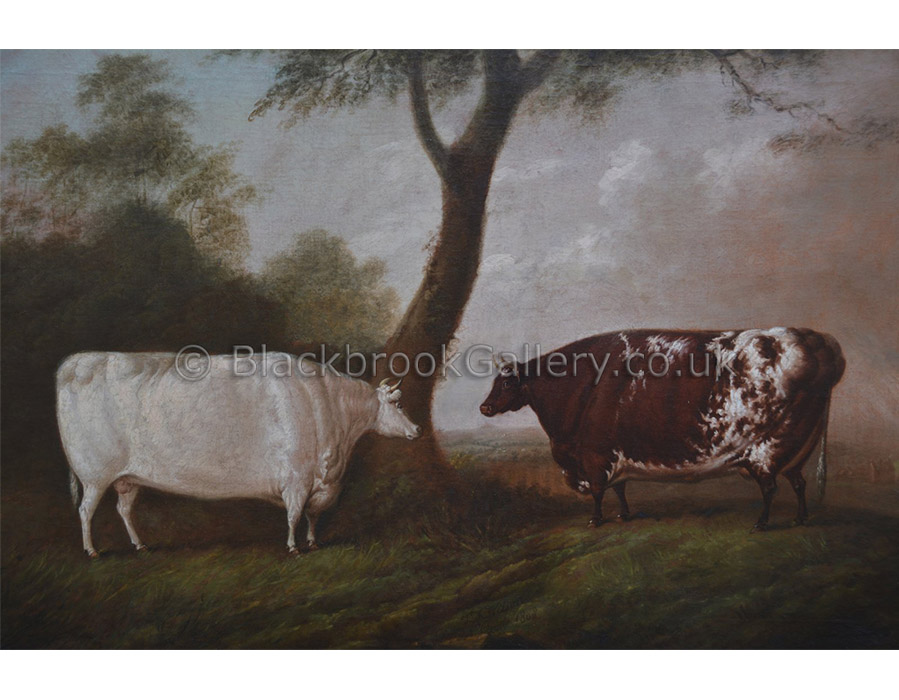 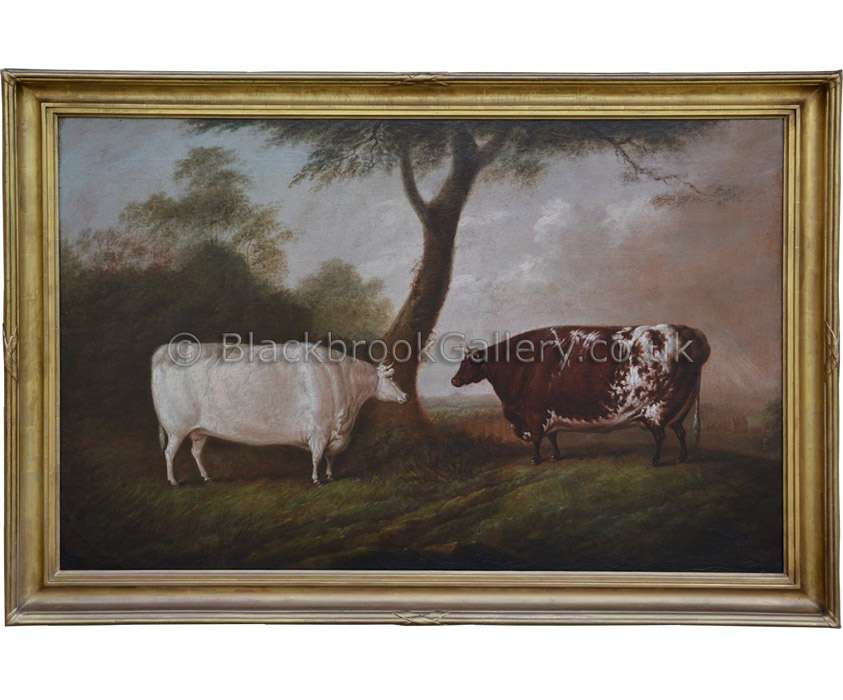 Robert Colling of Barmpton was the brother of Charles Colling of Ketton Hall.

He was a noted stockman, breeding New Leicester Sheep as well as cattle.

There was a lot of cross fertilisation between the Barmpton & Ketton herds.

Charles Colling was the more able marketeer of the of the two and illustrations of his animals are more common.

'The White Heifer Which Travelled' & 'Red Rose' were two of Robert Collings most famous animals. From 'Red Rose' sprang 'Pilot', one of the most influential sires of the time.

The Red Rose tribe were among the Shorthorns exported to North America as early as the 1820's and they spread all over the world. Two sales, one in 1818 and one in 180, dispersed the Barmpton Herd.