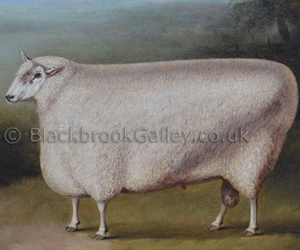 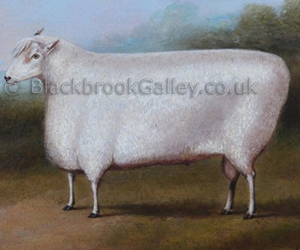 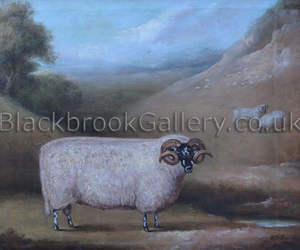 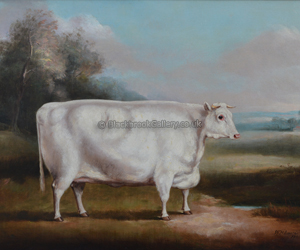 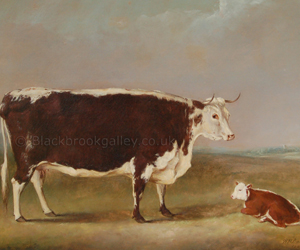 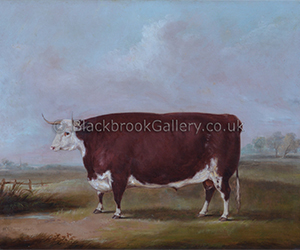 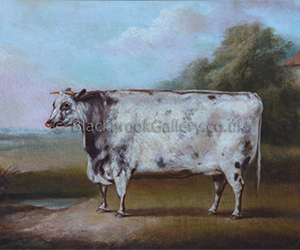 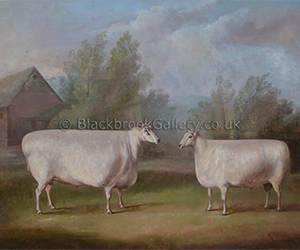 Born in 1783, William Henry Davis was raised in Chelsea, London. Although there is limited knowledge of his childhood, when William was only 20 years of age, it was recorded that he had submitted his first portrait to the RoyalAcademy.

His first recorded piece as mentioned above was a family portrait of Mrs J Biddulph along with her children. It was soon after this piece had been submitted that we saw William develop his work in the painting of animals and in 1803, William Henry Davis was seen to exhibit a portrait entitled ‘Piggs’ as the RoyalAcademy.

At the age of 35, William Henry Davis was a well known name in the art of animal portraits and by the age of 40 he had been considered ‘established’. Not only had he had many exhibitions at the RoyalAcademy but he also had work on display at the British Institution and the Society of British Artists. As popularity for his work continued to grow, he gained the support of LordRivers, the Earl of Ilchester and Lord Lynedock to name a few.

Over the next 5 years, we saw William Henry Davis lean his attention towards livestock and in 1828, William exhibited a portrait entitles ‘A Prize Ox’ which was followed by ‘Ely Prize Ox’ and ‘A Durham Prize Ox’.

Between 1835-1864 William Henry Davis was commissioned by the prestigious agricultural publication, Farmers Magazine and it is believed that during this time, William painted over 160 different images of livestock which were reproduced in the publications as steel engravings.