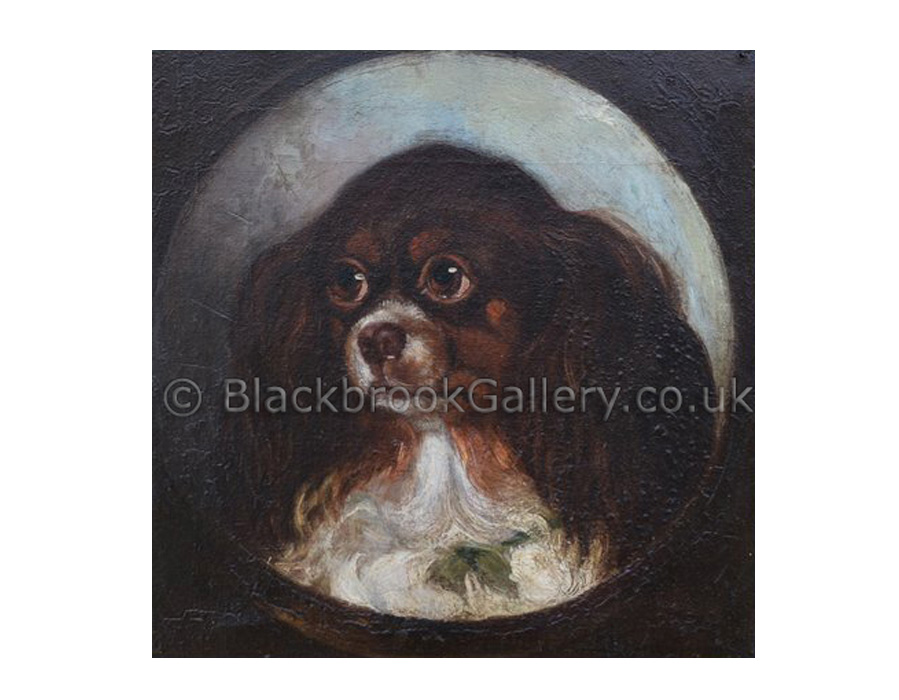 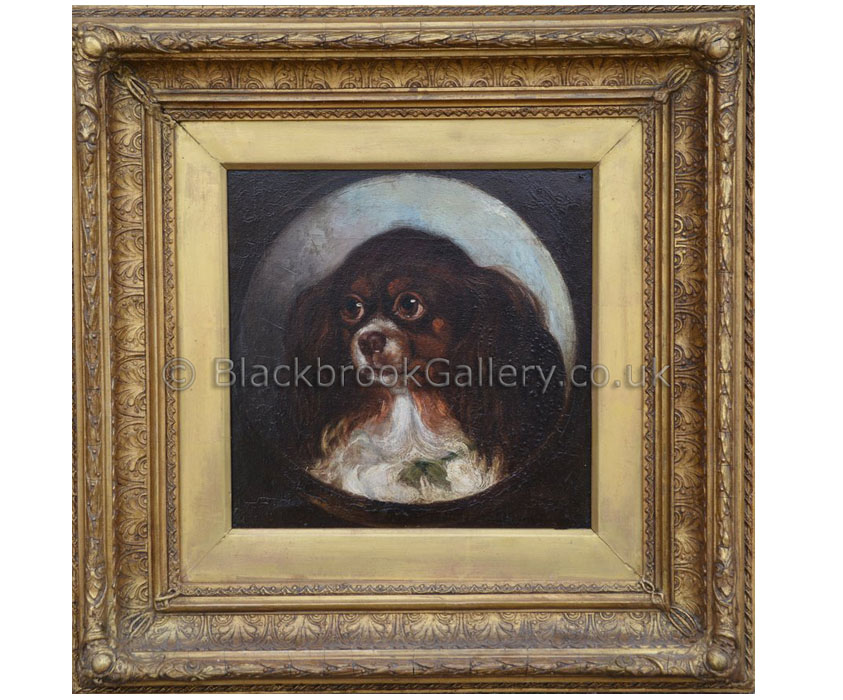 'By Benjamin Waterhouse Hawkins a portrait of his favourite King Charles Spaniel, he designed the Antediluvian stone animals in Crystal Palace grounds'

English Sculptor & natural history artist renowned for his work on the 33 life size models of dinosaurs in the Crystal Palace park in south London. The models, accurately made using the latest scientific knowledge, created a sensation at the time.

Hawkins was a noted lecturer in zoological topics. In 1868, he travelled to America to deliver a series of lectures. Working with the scientist Joseph Leidy, Hawkins designed and cast an almost complete skeleton of Hadrosaurus Foulkii which was then displayed at the Academy of Natural Sciences in Philadelphia.

He was later commissioned to produce models for New York City's Central Park. He established a studio on the modern site of the American Museum of Natural History in Manhattan and planned to create a Paleozoic Museum. However, the corrupt local politics of William M "Boss" Tweed intervened, the project was shelved in 1870, and the models that Hawkins created were said to have been buried in Central Park.

These paintings remain in the collection of the Princeton Uni. Art Museum. He also worked at the Centennial Exhib. Of 1876 in Philadelphia.