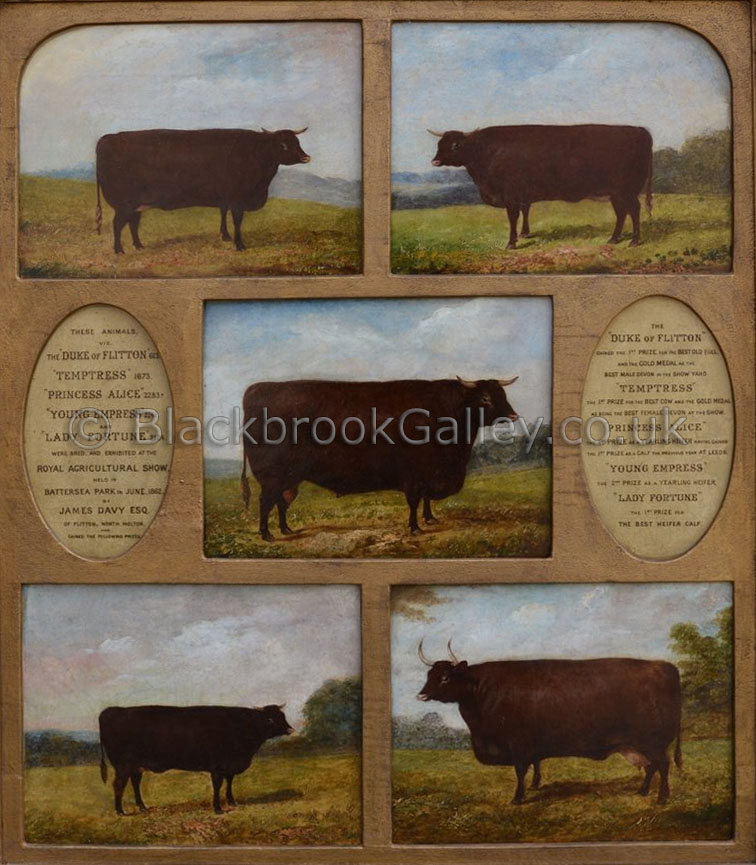 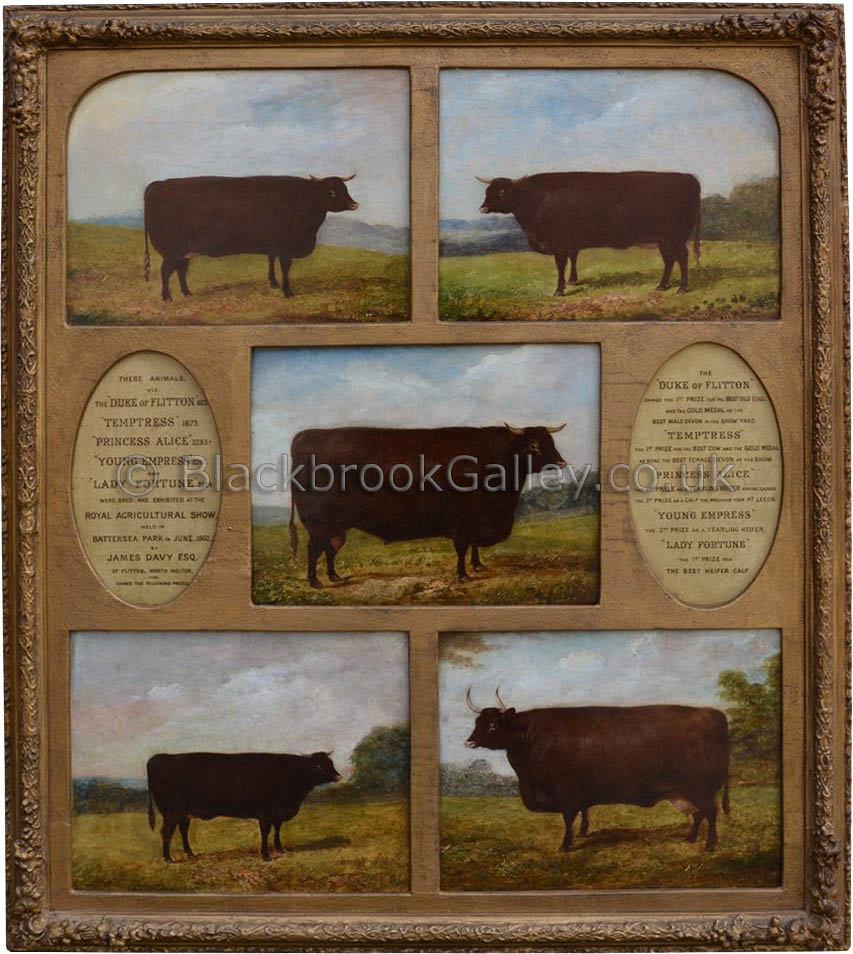 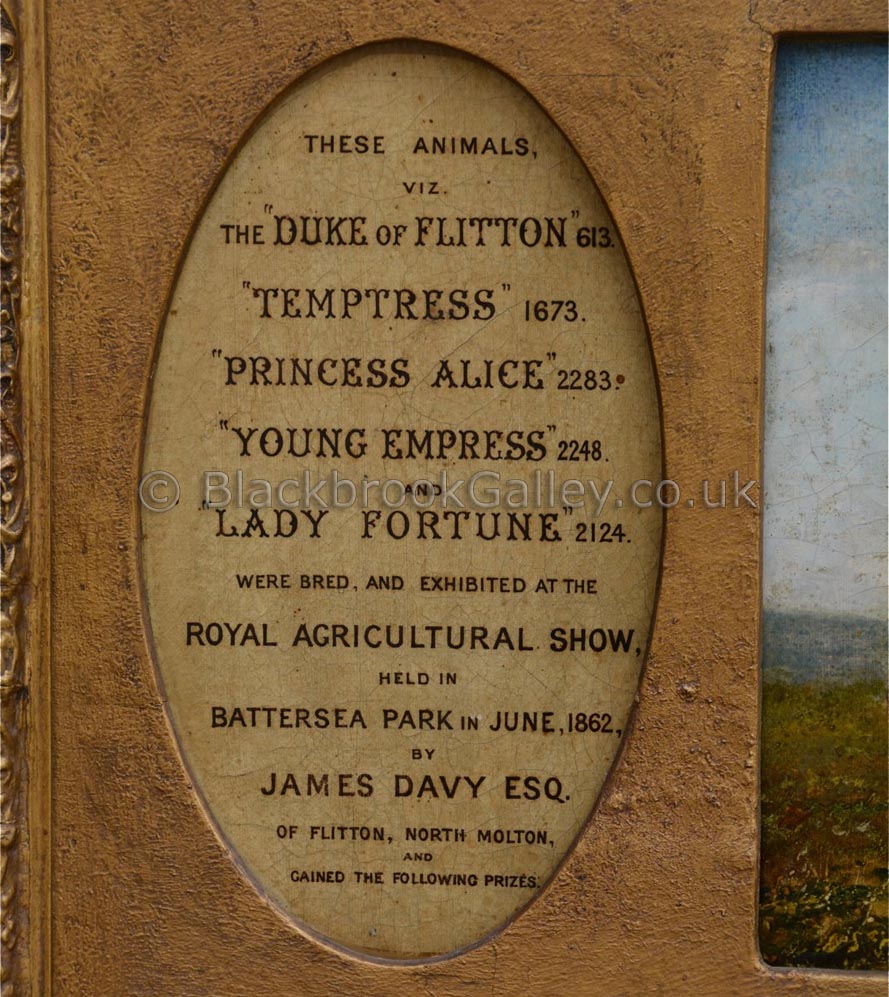 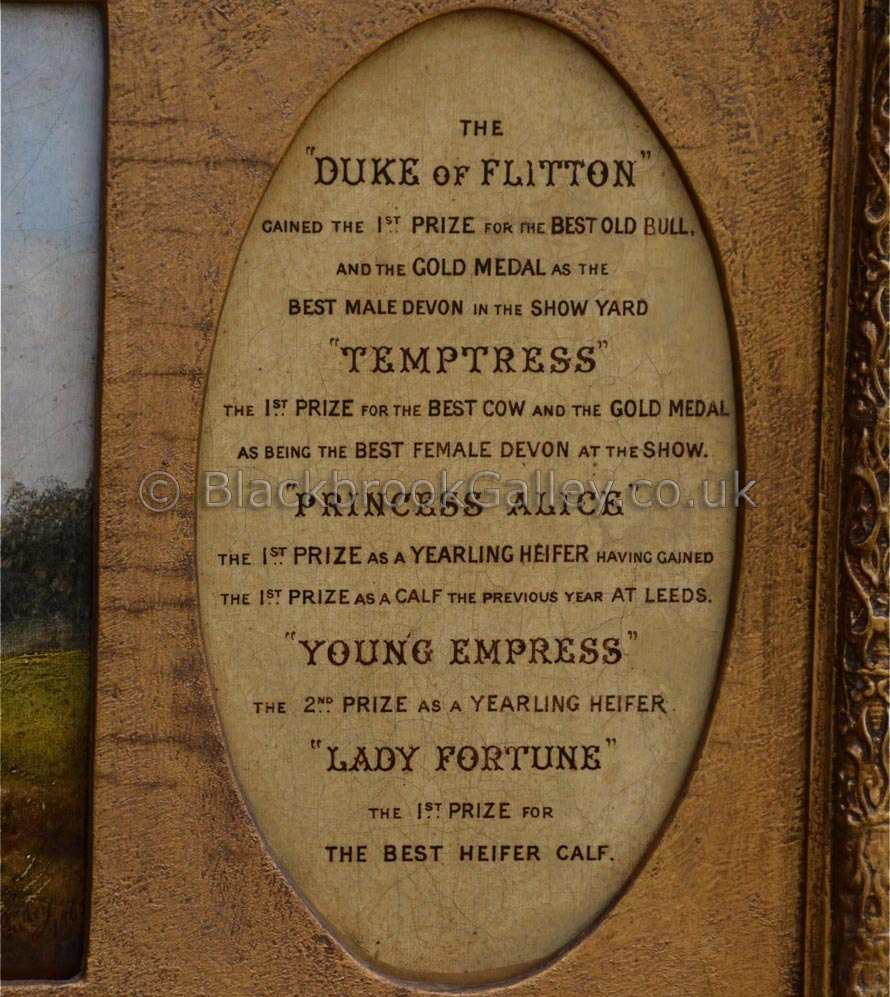 A truly unique, outstanding item of Devon Breed History. Oil on canvas in original frame. It is 5 separate portraits on one canvas. An amazing account of one man's achievement. Details are as per the inscription.

This shows one man's complete team at the R.A.S.E The show report for that year states:- 'The Devon's were the best I have ever seen, and I have attended eleven Royal meetings; the cows, heifers, and yearling heifers especially were very superior.'

Mr James Davy, of Flitton,sent 5 animals, and won 4 firsts and a second (against one of his own), besides taking both gold medals with the 'Duke of Flitton' & 'Temptress,' neither of which had been in a show-yard before.

The 'Duke of Flitton' was by Mr James Quartley's 'Napoleon.' Quartley was the Godfather of the breed.

'The cow 'Temptress' (whose pink blood has been in the Davy family for upwards of a century) was drawn out for the Gold Medal with the same owners first prize yearling heifer, 'Princess Alice', who was the first heifer calf at Leeds the previous year.

One of the judges speaks of Mr Davy's 'Duke of Flitton' as being a capital type of N. Devon, with a rare, level back, an astonishing loin, a good fore-quarter, the best of texture, and all his points in good keeping.

'Temptress' was a splendid specimen of a N. Devon, with a lovely head, and gracefully laid shoulders and chest, forming one of the finest fronts, ever seen; she was, perhaps, the most perfect type of an animal in the yard. Two such yearlings as Mr Davy's 'Princess Alice' & 'Young Empress' have seldom been seen in one man's possession.